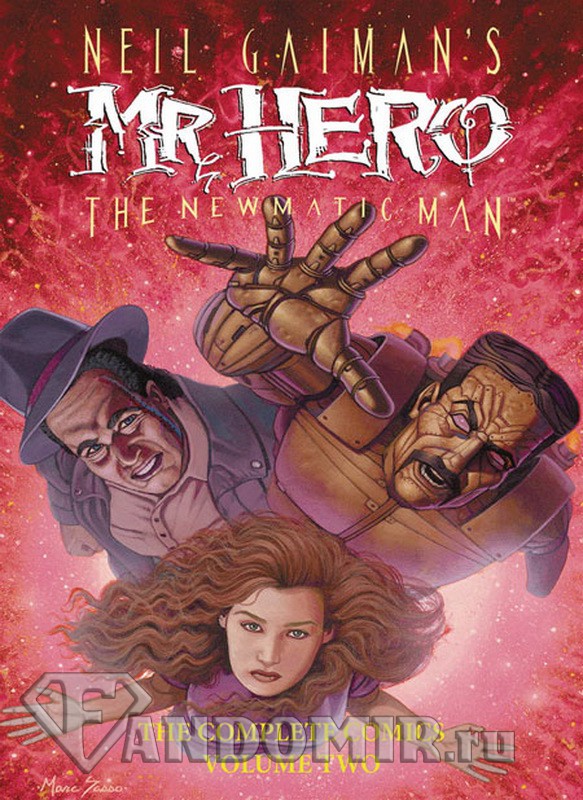 (W) Neil Gaiman, James Vance (A/CA) Ted Slampyyak Jennifer Hale's life changed forever once she literally uncovered (in a crate at the museum) the ingenious steam and watchwork contrivance known as Mr. Hero. She, herself, remains as full of life and humor as ever, and perhaps at first welcomed the exciting and weird adventures that came along with Mr. Hero, but now things are getting serious, and a lot darker and more dangerous. Jennifer and Mr. Hero battle monsters, travel to a jungle world, and meet a female version of Mr. Hero. But ultimately, all roads load back to the nightmarish world of Kalighoul, the planet ruled by an insane, power-mad Teknophage! Available in Softcover and Hardcover editions.