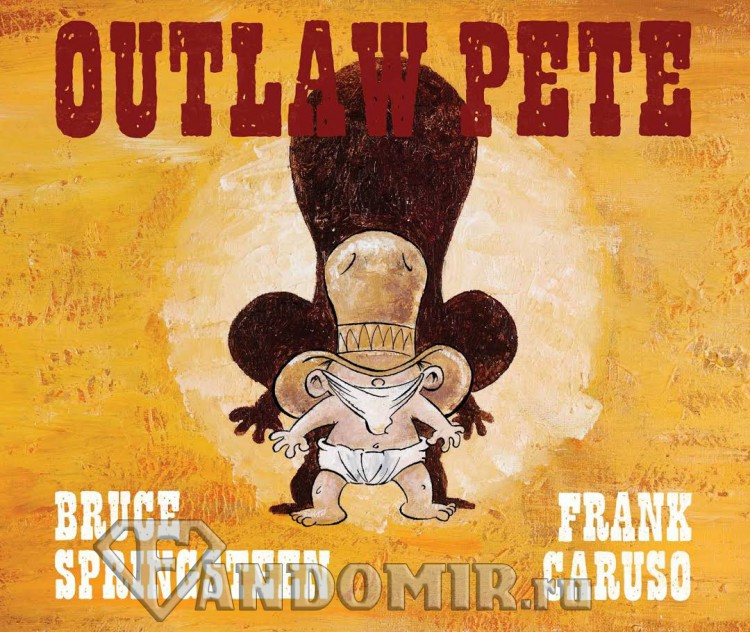 Outlaw Pete is a modern legend of a criminal who starts out in diapers and confronts the roughest edges of adulthood. It’s one of the most ambitious and original story songs Springsteen has written.

When Bruce Springsteen was a little boy, he learned the story of Brave Cowboy Bill, about a pure-hearted little cowboy. It was the first of Bruce’s Western loves, which now range from John Ford movies to Mexican music to Native American art. Each of these inspirations, plus what he’s learned as a man and a rock ’n’ roller about how to combine whimsy and wisdom, were stations on the way to Outlaw Pete, a modern legend of a criminal who starts out in diapers and confronts the roughest edges of adulthood. It’s one of the most ambitious and original story songs Springsteen has written—rhapsodic and harsh, a meditation on destiny, filled with absurdities but not for one second of its eight minutes exactly a joke. It’s an elaborate musical drama, weaving into a single tapestry several styles of rock and an orchestration reminiscent of a Morricone soundtrack.

Outlaw Pete is an adult book, illustrated by Frank Caruso, who drew and painted its pages. Caruso does more than illustrate the song. His approach, immaculately detailed, simple when it needs to be, parallels Springsteen’s blend of absurdity and meditation. The questions about destiny remain unanswered, as they must be, but they’re also brought into a different kind of focus. Details that pass by almost unnoticed in the lyrics become central.

Reading and listening have rarely so superbly complemented each other. The result becomes the most intense kind of artistic collaboration, a vision shared.

But I’m not trying to start anything, so buy it, don’t steal it, OK? —Dave Marsh